Team SPQR from the Liceo Galilei wins the Soccer Light Weight, once again

During the school year that just ended, Davide graduated with a 100/100, while Valerio finished his fourth year. The delegation was also accompanied by Prof. Paolo Torda, a pillar of both Roman and national robotics, who has trained and attracted hundreds of students and champions to robotics. 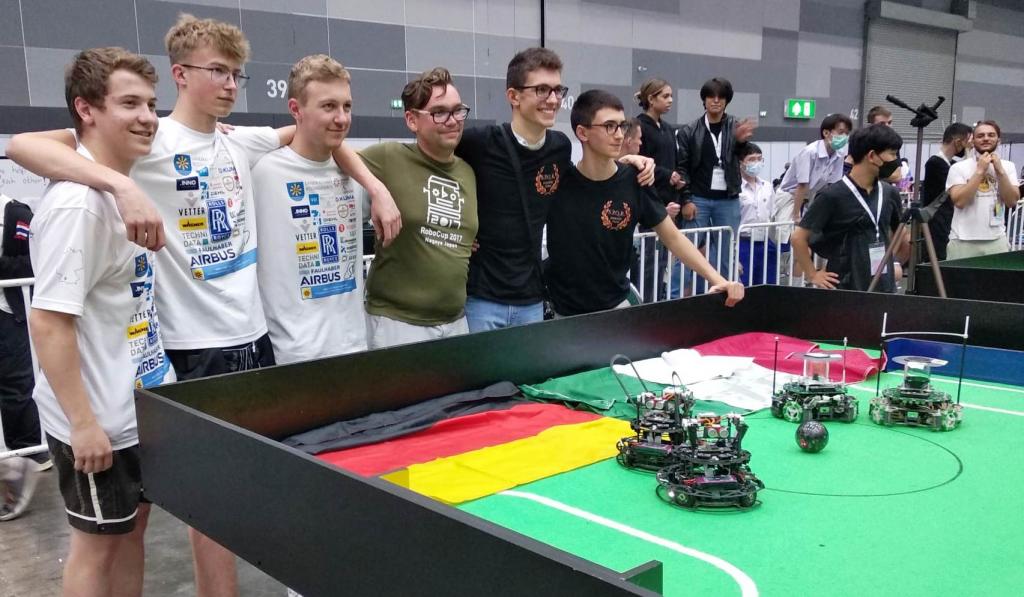 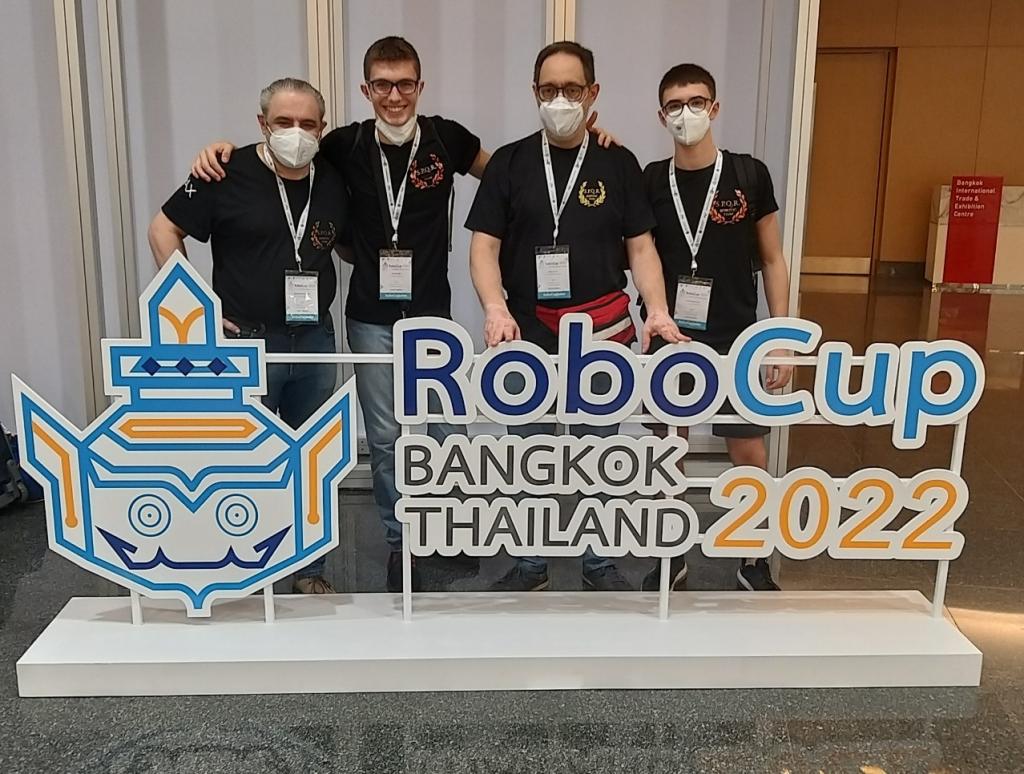 Davide Belli has won his second championship. Last year, during the pandemic, he won the Worldwide 2021 edition together with Emanuele Coletta and Siria Sannino, in collaboration with Matteo Bonafede and Lorenzo Aloisi for graphics and video production.

For Davide, it’s a family affairs … in 2016, he participated with his father Andrea and brother Filippo in his first Rome Maker Faire with Project "3D Pac Robot Man." The project was inspired by the classic 1980s videogame with the dot eating character pursued by ghosts. The family format team also included other peers and their parents: Carlo Coletta, Emanuele Coletta, Ferdinando Miraglia, Paolo Miraglia and Emanuele Alfano.

A mechanical designer, Andrea has patented a manual stair lift that can also be motorized.

Team Spqr was selected for the World Championship at the 15th edition of RomeCup, organized with the patronage of the City of Rome and the support (as partners) of the Regione Lazio, Lazio Innova, SAP, ENI and the Fondazione Lars Magnus Ericsson; as well as technical support from Make a Shape and in collaboration with Edu4AI, a project co-financed by European Programme Erasmus+.

From July 13 to 16, the City of Bangkok (Thailand) will host the 25th Edition of RoboCup, an international scientific initiative started in 1997 to advance the state of the art of robotics, artificial intelligence and automation. In view of its global popularity, RoboCup originally focused on football, launching a challenge to design a team of robots that could play against the winner of the World Cup, with FIFA rules, by 2050. In order to reach this objective, development was divided into various sectors, creating a network for cooperation and the transfer of knowledge in the fields of robotics, artificial intelligence and automation amongst educational organisations and research centres worldwide. The event rapidly gained attention. Three thousand participants from 45 countries are expected in Bangkok, including the teams selected at RomeCup 2022 [see news: Robotics World Championships in Bangkok].

Multidimensional Experiences in the Metaverse

Artificial intelligence, or AI, is an emerging technology that is profoundly changing our society, economy and job markets. Some of its best-known applications include self-driving cars, chatbots, vocal assistants and...