We remember Salvatore Iaconesi for his work with schools

After ten years of a disease “shared with an open code” with the performance of La cura (The Cure) Artist Salvatore Iaconesi (1973-2022), whom we had met at the Media Art Festival, passed away. We would like to remember his through his work with schools, as we believe it is the most authentically “open source” operation for an artist ...

Working at the confluence of art, research, interaction design and communications, Salvatore Iaconesi and Oriana Persico worked together since 2006 under the brand AOS – Art is Open Source, creating art works and performances of global interest. All the works were held together by a fil rouge of exploration and observation of contemporary technological humans and their constant mutations. Teaching at university, creating artificial intelligences and interactive systems, holding global performances that traversed media, cities, bodies and daily practices are just a few of the tools used by the duo to suggest scenarios allowing for the systemic revisitation of ordinary reality: a possibilistic vision of the world in which art functions as a bond between science, politics, anthropology and economics.

Salvatore and Oriana participated in international festivals and events, exhibited in museums and galleries, and with great professionality and generosity held labs in schools in preparation for the Media Art Festival. The duo was selected by Artistic Director Valentino Catricalà, who is now curator of the SODA Gallery in Manchester, for their ability to anticipate and interpret the cultural urgencies of our times.

We met the duo in 2017, when they worked with two classes at the Rome  Liceo Aristofane and the Istituto agrario Garibaldi. Oriana Persico and Salvatore Iaconesi analysed how the idea of the self is transformed and evolves in an era dominated by new technology and social networks, which found their existence on appearances. Media that are technologically based on the emission and transmission of light.

The video artwork entitled 434 QUARANTATREALLAQUARTA was exhibited at the MAXXI during the Media Art Festival (Rome, April 27-29, 2017). 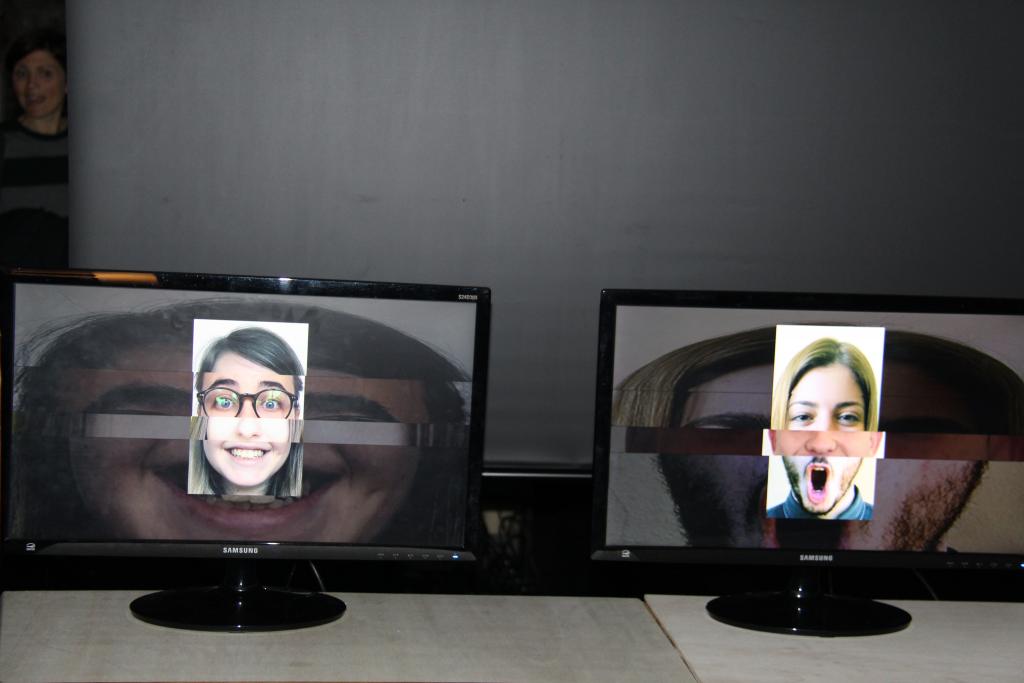 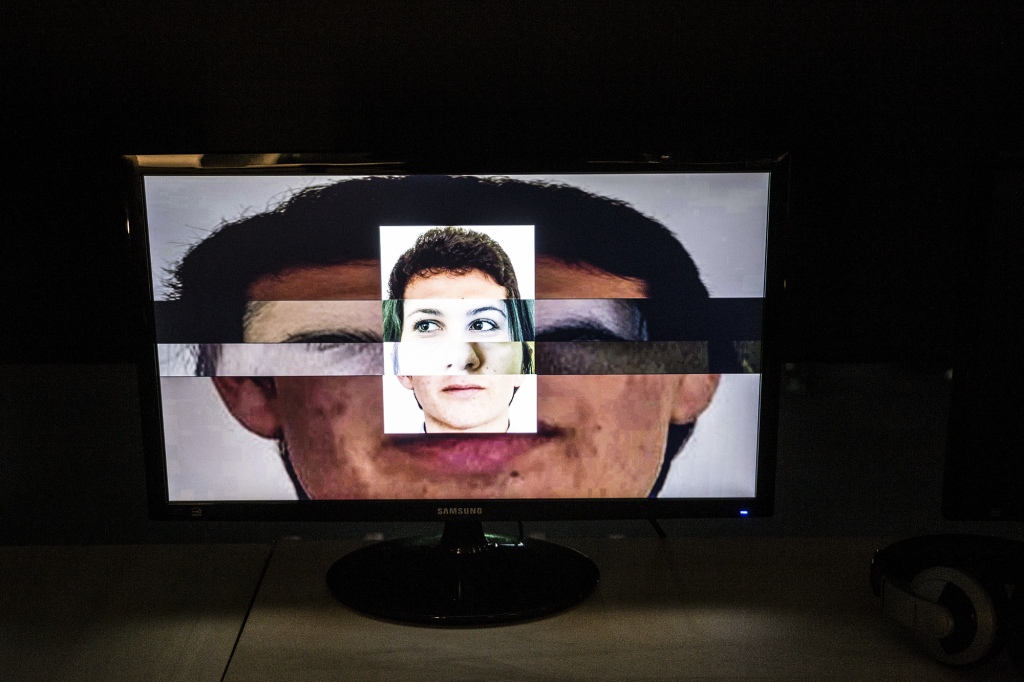 Take 43 faces and divide each into four sections: eyes, nose, mouth and chin. Then recombine them. There are 434 possible permutations, or 3.418.801 different faces, 3.418.801  different identities. We used facial recognition software to decompose and mix the faces and identities. Then, we create a video with this remix of faces, in which each face appears for four seconds.

The video lasts 13,675,204 seconds or 3798 hours. That amounts to 158 days, more than five months. 0, one, no one, one hundred thousand. A few dozen faces became millions. 434 is a work on identity, fragility and the mobility of the self’s boundaries. On where the “I” begins and “you” end in an era of ubiquitous technology, algorithms and social networks.

The work was conceived and entirely developed in three workshop days at the Fondazione Mondo Digitale. A few classes from 2 schools in Rome generated a metropolis. And during the days of the festival, we will only see 1.898% of the faces that we generated.

When I Get Anxious