School "in Audition" at the Janssen Meeting

School "in Audition" at the Janssen Meeting

Roberta Poli: "Project Factor J was there at the right moment."

"I will begin by thanking everyone because Project Factor J was there for schools just at the right moment! I still remember at the beginning of May 2020, when we were invited to the presentation event. Since then, it became a reference point for all of us at school, locked down and dealing with distance learning. I still remember the special sessions that addressed empathy and illnesses that the students had never heard about. Above all, however, it was about sharing strong emotions in a period of fear, uncertainty and confusion.”

For the first time on stage at the annual meeting of a large pharmaceutical corporation, Janssen Italia (Johnson & Johnson Group), Prof. Roberta Poli presented Project Factor J and how day after day it transformed students into protagonists.

"The project is centred on empathy, our responsibility towards those less lucky than ourselves, in order to view classmates and friends in a different light by the end of the project. And this is exactly what we needed during a period of social distancing, masks, and reduced classes to avoid crowding. We were catapulted into a world where there was no space for our discomfort, other than letting go and ignoring things.”

On stage, together with the professor from IIS Piaget-Diaz in Rome, there also was Laura Meija, an eighteen-year-old student from the Liceo Fermi in Bologna, an ambassador who explained how the collaborative Health Manifesto was produced.

"I did not expect that notwithstanding our young age we could be so aware of the needs of the new generations and our future. We are often viewed as the generation without values, without objectives. Quite on the contrary, Project Factor J helped us understand that we can be heard and that communications are fundamental. We hope this Manifesto will mark the beginning of true change.”

Here are some of the photos taken at the Janssen National Sales Meeting, held yesterday in Rome at the Marriot Hotel. For the first time, school was “auditioned” at a company event to present this transformative educational experience with a school project. 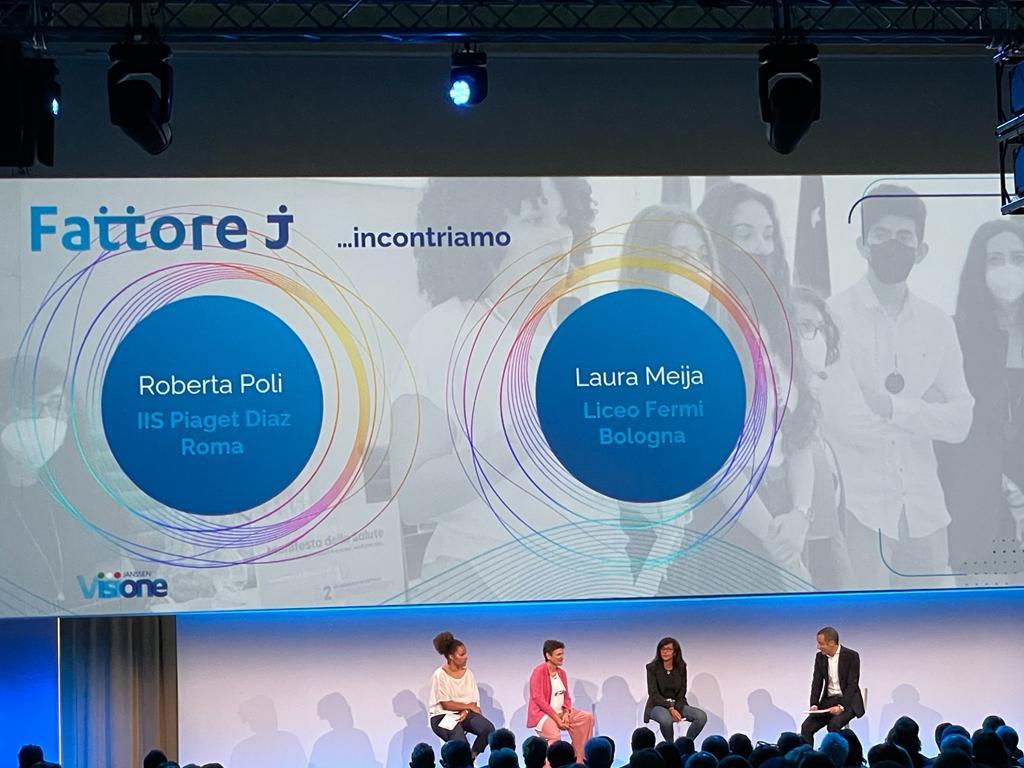 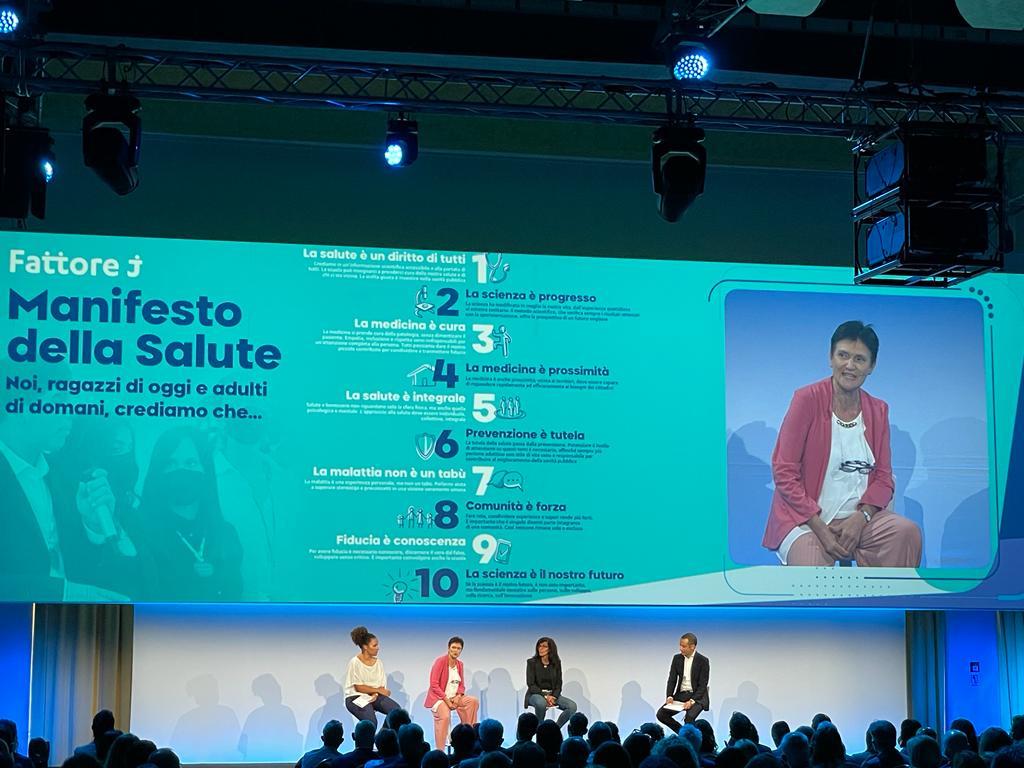 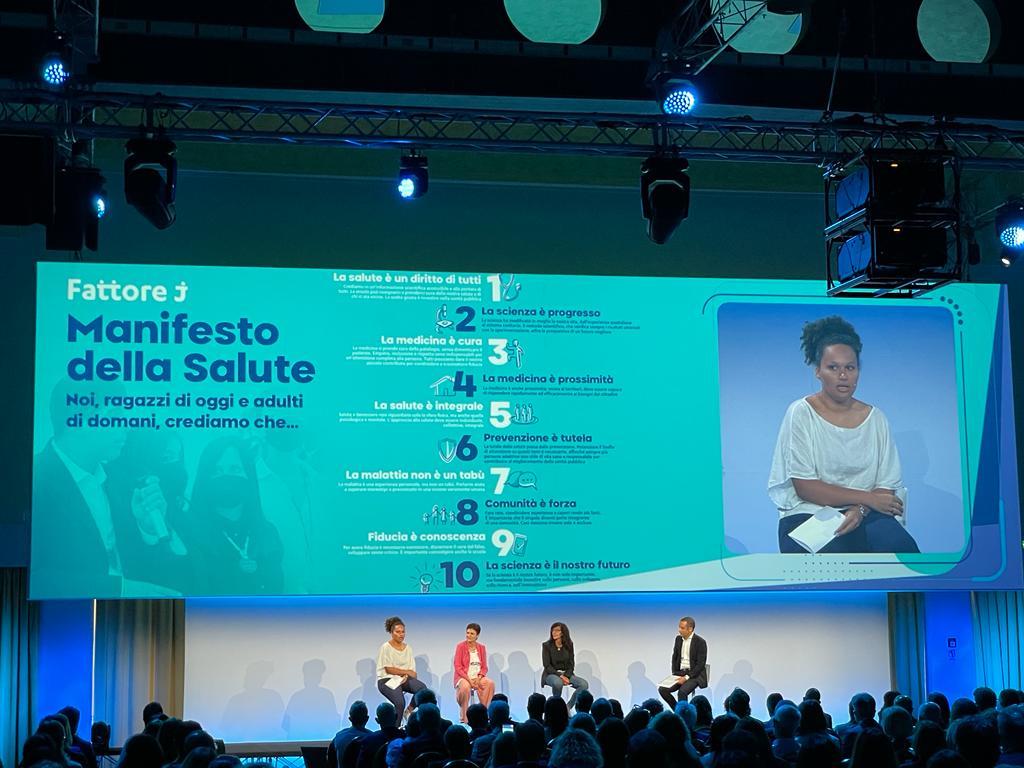 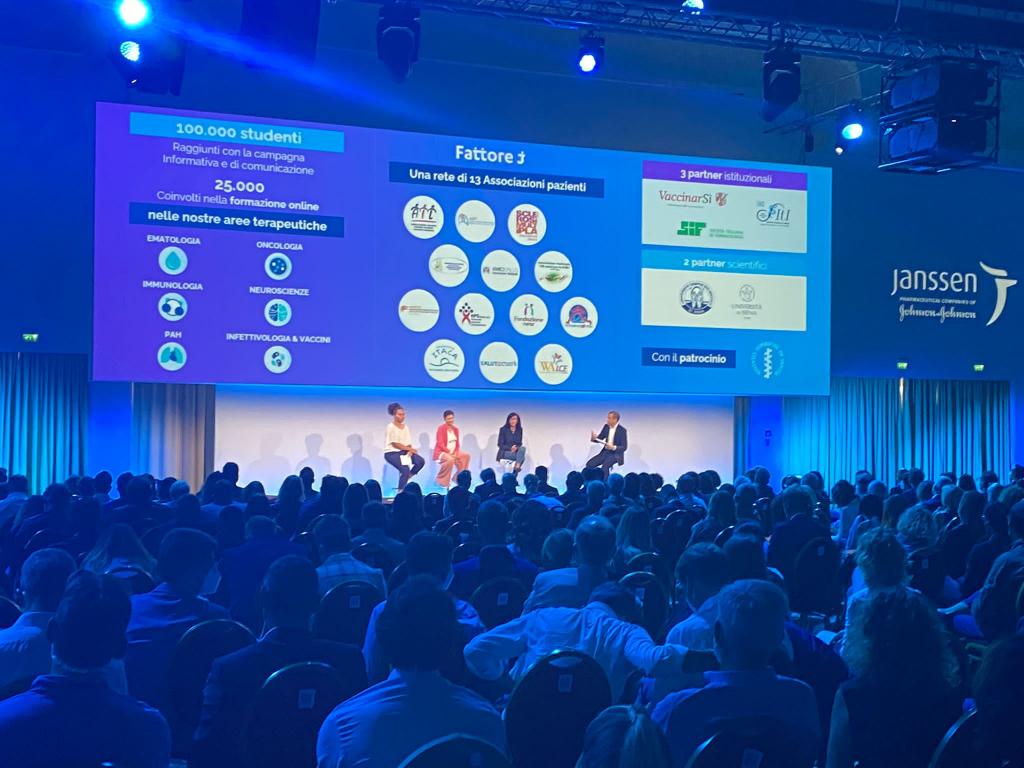 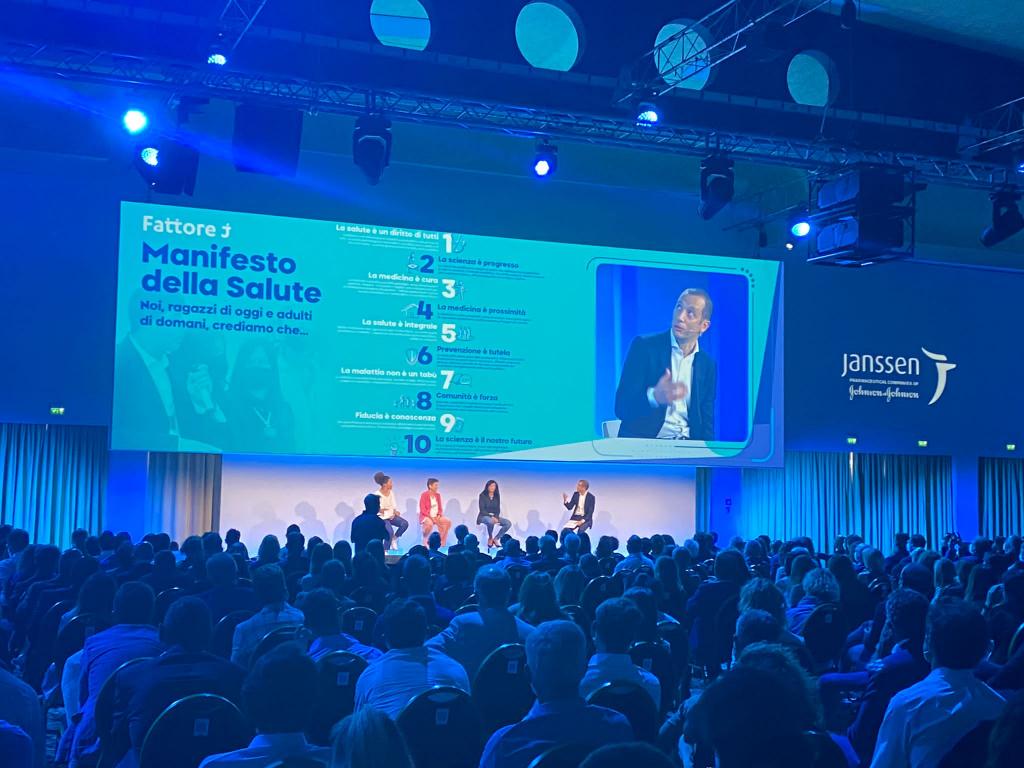 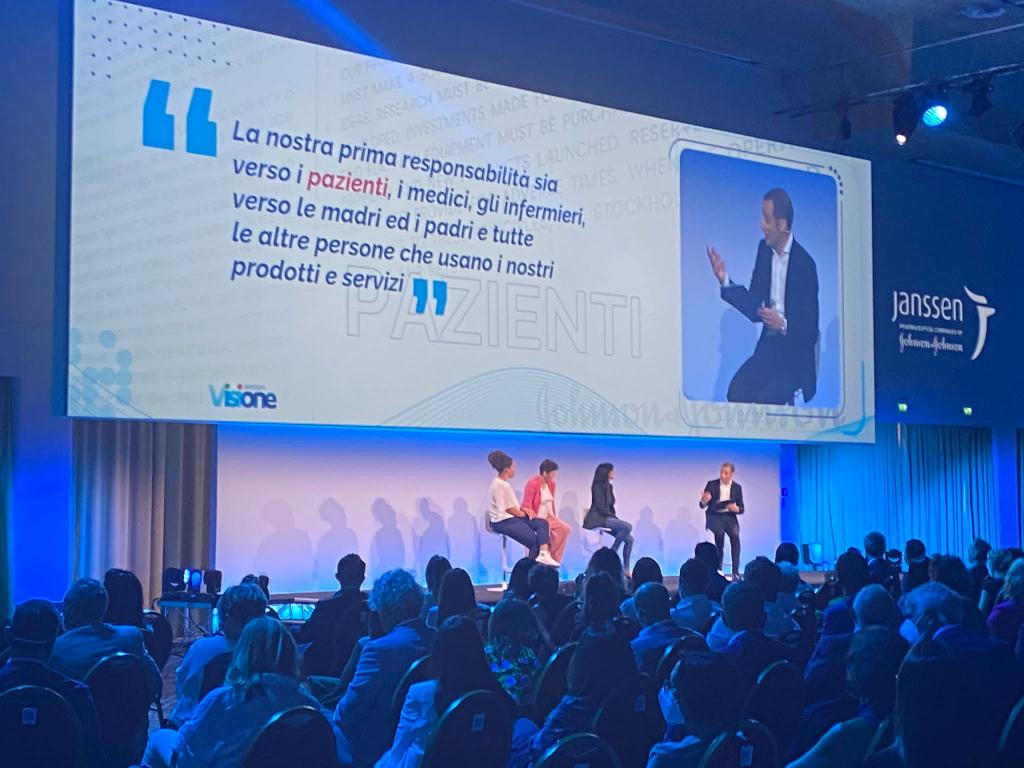 The objective of Factor J, promoted with Janssen Italia, is to increase the trust in science of the new generations, raise awareness on the importance of correct scientific information and responsible behaviour for everyone’s health and wellbeing.

Professor of Operative Methodology at IIS Piaget-Diaz in Rome, School Psychologist and President of the “Crescere Insieme” Assocation, Roberta Poli has coordinated various educational initiatives for teachers, operators and parents and has held class activities on preventing bullying and cyberbullying and promoting life skills. She also is the author of various publications on adolescents and discomfort. She currently is producing the “Insegna-menti” podcast and participating in Our School as worksheet editor.

The Projet on the Press